Here’s a scenario we can work with. We don’t have to roll over and surrender just yet. Bad marketing is just an opportunity to create good marketing.

Now, this helps us with our messaging and positioning maybe, but what about software products, such as APIs? Maybe these products are simply harder to market? But why? That’s what we’re here to find out.

Here are four problems with developer marketing and how to overcome them!

But first, a breakdown of our main talking points:

In fact many of the things that developers are resistant to in terms of messaging just fall under the jurisdiction of copywriting 101. According to Henneke Duistermaat, Founder at Enchanting Marketing,

“Good sales copy is clear.  It is easy to read and easy to understand. It’s concise… [it] doesn’t use more words than necessary.”

Developers are purpose driven people, and your messaging, as result, should be concise and  purposeful. So, your product might be slick, shiny and state of the art – that's fine. But what does it do? And more importantly…

Avoid the ‘so what?’ trap that so many marketers fall into. In other words, ‘you’ve told me why your product is so great, but how is it going to benefit me in my day to day life?’ And for developers, ‘how does it make my work day easier?’

Let’s look at this from a dev’s perspective. There’s a big misconception surrounding developers that they’re essentially lazy consumers. The reality is developers are simply very busy problem solvers.

Problem solvers are always looking for the path of least resistance. They want to know how your product is going to improve their ability to solve problems. And if you can’t prove that quickly, they're going to look elsewhere.

For all their reputation for smarts, devs are actually more concerned with basic functionality than anything else. Cut out the frills, throw out the bells and whistles. Strip it down to marketing basics. Stick to the purpose.

“But I’ve never studied computer science in my life. How am I supposed to sound authentic to a developer?” We hear you! Sure, we can all lurk as much as we want in online dev communities (think GitHub and Stack Overflow), but we’re never going to be a substitute for the real thing, right?

That’s why it's so important for us to capture the voice of the developer. And by that we mean, establish developer evangelists.

A great way to do this is to establish your very own online developer communities. The thing about developers: they’re doers, they’re not passive consumers. They like to feel like active collaborators in your product.

And this is one of the reasons why messaging is such a challenge. Developers want to cut through the talk as quickly as possible and get their hands on the product.

Creating an online community is such a great way to engender that sense of being an active participant in your product. Members can give continuous feedback and even offer feedback. Want to take it a step further?

Once the community is really thriving, you can highlight your most active and helpful participants as champions for your community. In the world of developers, no one is going to provide a better gateway to your product than a developer who’s truly loyal to you.

Steve Francia, Product & Strategy Lead for Go Language, described the superb benefits of building a developer community for his platform:

Steve highlights how the community becomes an essential aspect of improving the technology over time. This then encourages loyalty in the product. The benefits are endless!

Problem 3: the issue with APIs

Okay, so here’s the twist: a lot of the hurdles around marketing digital products stem from the fact that you’re not just dealing with developers, you’re dealing with a lot of non-technical gatekeepers. In many cases, these are the people involved in the final buying decision.

And they aren’t necessarily going to see the benefit in a highly specialized product straight away.

It’s much harder for a non-technical audience to visualize the invisible benefits of an invisible product. Compare this, for example, to the obvious benefits of a physical product.

A tasty looking burger on a billboard doesn’t need much explanation because the benefit is self-evident – you can picture yourself enjoying it with friends.

In the case of APIs, where the benefit isn’t immediately obvious, you really need to stress the benefits on a macro-level. In other words, it’s not so much about features or specifications.

How is this product going to positively impact the bottom line of an organization? Will it allow for a less labor intensive process, for example, allowing for programmers to be more productive throughout the day? These are the questions you ought to be asking.

And if this doesn't cause them to visualize the benefit, create the visualization yourself. Gather case studies and graphs where gatekeepers can actually see the benefit for themselves.

Many senior stakeholders are going to be guided by hard data when making executive decisions. The numbers don't lie. So if you’ve got them, show them.

Problem 4: marketing to developers in the virtual world

As we’ve said, developers are extremely busy people. According to recent studies on work stress levels during the pandemic from Forbes, this problem isn’t likely to have gone away as we emerge from the global pandemic.

To recap: you’re dealing with an audience that has exhibited some resistance to marketing, that’s potentially very stressed and overworked. And now you’re asking them to engage with your product in the form of an email? It’s not going to work, is it?

How many times have you swatted away an incoming email like some annoying fly? For an overworked, overloaded developer, it’s going to be even worse. Developers stick to the tech they’re used to like glue. What's the likelihood they're going to be receptive?

Once again, concision is key

Make the clear benefit of your product apparent within the time it takes for your message to appear and then disappear on a desktop. Construct your messaging around the technology, not against it.

What is the most crucial benefit? It has to be so crucial that the benefit is going to outweigh the hassle of engaging and implementing.

But once you’ve got them hooked in, the struggle isn’t over. You have to keep them going. Developers are going to want to engage and experiment with the product. In the modern world, technology showcase events have been more of a challenge.

The good news is, developers are responsive to visual information. If you can provide a video of a trusted evangelist using your product, for example, it’s going to go a long way.

Better yet, offer a tutorial or a trial. Developers like to try before they buy. But in the virtual space you have to make sure that you have the onboarding staff to guide them when needed.

Again, think of functionality. If a dev can’t get to grips with your product pretty quickly, they’re going to abandon it. You need to intercept that. Be a guiding hand. 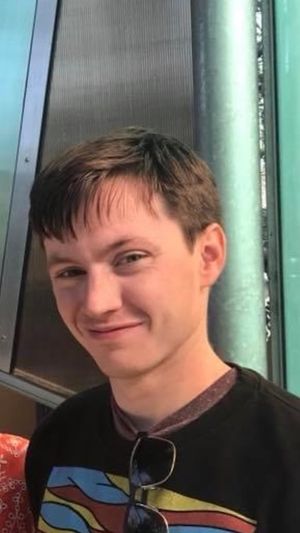