Technology is advancing at a rapid pace and innovations pop up every day, from websites and mobile apps to AI and software tools. The global spend on digital transformation – the implementation of digital tech in all areas of business to add value to customers – is expected to reach $2.4 trillion by 2024.

To meet the new tech demands around the world (and to be able to keep innovating), developers also tend to specialize and focus in certain areas, which is why you’ll find so many different types of developers.

Of course, the lines can sometimes be blurred, as devs’ skills and roles often overlap. However, while a web developer may understand the basics of game development, they probably couldn’t make a game if asked.

As a developer marketer, your target market is not “all developers”, but a section of this audience. When you’re building your marketing plan, you need to keep your developer personas in mind!

So, in this article, we’re taking a look at the different types of developers out there, including their skills and what they do:

As the name suggests, front-end developers work on the visual side of a website, including layout, interfaces, and design. In short, front-end development is all about the client side of things, such as the elements people interact with when they visit a website.

As part of their role, devs who specialize in this area must understand human-machine interaction well, so just being a coder is not enough. A big part of their responsibilities is to handle issues that crop up on the site, such as compatibility problems with new apps, and making sure the pages look good and serve their purpose.

On top of this, front-end developers must also know languages such as CSS and JavaScript, as well as frameworks like Bootstrap and EmberJS.

While front-end devs work on the client side, back-end developers are all about the server side. They specialize in the elements you can’t see, such as system performance and functional core logic.

Their skills include C++, Python, and Java, and they must be able to fully understand the complex systems behind the websites they support – they also need to integrate with other features, like databases and caching systems.

Without back-end programming, it wouldn’t be possible to have a front end.

Someone who does both! Full-stack devs are experts at both front-end and back-end development, so they’re capable of working on the server side and then also create the visual elements of a website (and understand how people interact with them).

Skills a full-stack developer must have include server-side APIs, CSS, setting up Linux servers, using JavaScript, and so much more.

Full-stack, front-end and back-end developers are all considered web developers as well, since they all work on websites.

Among the different types of developers sit the mobile devs who, instead of creating websites, work on mobile devices, from phones to tablets. The rise of smartphones in the 2000s led to this specialization, which is set to carry on growing as more and more apps and mobile programs are developed.

Mobile devs must understand operating systems like Android and iOS, and be skilled at Java, APIs, C++, mobile suites, Symbian, Objective-C, and so on.

This is a specific type of developer. Because game devs write the code for games, they need to have a wide set of knowledge and skills, including frameworks like OpenGL and Unity 3D, as well as languages like C++ and Java. If writing games for mobile, devs also need knowledge of Swift.

It may sound exciting to be able to create games day in and out, but there’s a lot of work that goes into making a concept a reality. Game development also requires testing different versions of the game and working out any kinks with the code until the game is ready to be launched.

Data scientists must be able to work with huge amounts of data and use that information to make accurate predictions. They also specialize in data visualization, machine learning, and statistical analysis, and some of their skills include SQL and Python.

In addition, data scientists must be familiar with linear algebra and multivariable calculus, and be able to solve complex problems.

They often have a solid software engineering background as well, although this is not always the case.

These developers typically handle computer infrastructure and a company’s servers. They understand the tech needed to develop systems, such as Apache Mesos, Docker, Jenkins, and more.

In essence, DevOps developers create apps, manage applications, and deploy them. They also manage them to ensure everything runs smoothly.

Software devs possess a huge variety of skills, as they have many different responsibilities, including:

These are just an example; software developers must also be comfortable with languages like JavaScript, C++, .Neet, and Ruby.

A very different types of developer; you may not have heard of embedded developers before, but their role is crucial to create and manage hardware like electronics interfaces, Internet of Things devices, drivers, home appliances, smartphones, etc.

They typically know languages like C++, Assembly, and Java. The code they write is used for machines in a range of industries and sectors, so their skills are crucial for hardware to run smoothly.

These developers focus on systems that gather data from people with the goal of improving customer satisfaction and sales.

They work with other departments in a company as well, such as sales reps and account managers, and are always looking for ways to make systems better and more user-friendly.

CRM developers must also be able to communicate technical information to a non-techy audience and to spot commercial opportunities.

Whether creating a video or making a game, there are certain elements to consider, such as lighting, rendering, and shading.

For this, you need a graphics developer to help create software that does all this and more. These devs are incredibly skilled and have to know complex math – as well as frameworks like DirectX and OpenGL.

Security devs work to find and solve security issues in a software system. They can often be called ethical hackers as well, since they seek to exploit a system’s vulnerabilities in order to improve it.

Some of the languages they’re well-versed in include Python and Ruby, and they may have to write code in C++ as well, depending on the job at hand.

This is another hugely technical and specialized field, so developers who choose this path must be highly skilled as well.

On top of that, security developers must have good communication skills, since they must be able to collaborate with other team members and to explain complex issues to people who may not completely understand them.

No two developers are the same and, while they may have overlapping knowledge, some areas are highly specialized and require devs to build and develop more unique skills. So, there are many different types of developers, and this list is not comprehensive!

Join a community of like-minded developer marketers and network with your peers. 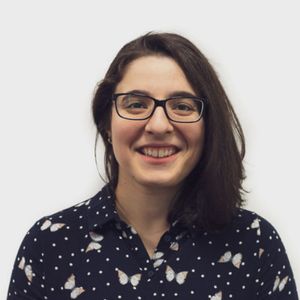 Teresa is the host of the Developer Marketing Alliance's podcast. She's also authored countless articles on developer marketing and keeps a finger on the pulse of the B2D community.