We’ve all heard it by now. “Developers don’t like marketing.” “Marketing to devs is impossible.” The truth is, developer marketing doesn't have to be a chore. Like all things that are worthwhile, it can be very challenging.

That’s why in this article, we’re going back to basics with some core fundamental tips for marketing to devs.

But just in case you’re doubting my credentials, don’t worry, my insights come from first-hand experience in developer marketing. Don’t believe me, read all about it here. 👇

About me and RingCentral

My name is Michael Stowe. I'm the director of developer marketing at RingCentral. My role is to reach developers and make sure that they're aware of RingCentral Technologies.

A lot of people, when they hear about communications, have this image of themselves being on hold to someone they’ve never met for an hour, trying to get them to fix a simple problem.

Our message to developers is: there's a better way to communicate! With APIs and cloud technology, we can truly revolutionize the way that people communicate through cloud providers such as RingCentral.

I was responsible for taking the feedback from the developers to RingCentral and enabling our company to improve its offering. In this way, we were able to create an awesome community in which every developer customer felt that their voice was heard.

Mistakes we made with developer marketing

I'm not afraid to admit it, we didn’t get it right straight away at RingCentral. We fell into the’ Field of Dreams trap’  You know the quote👇

Well, that might work in the movies, but in real life, it doesn’t always work out that way! The team had put together a tremendous platform with numerous capabilities, but they didn't have a strong marketing mechanism for it.

In a nutshell: we had all these capabilities, but no way to get the word out there.

RingCentral knew that we needed to market to developers and be engaged with the developer audience, but they didn’t know what that meant. They brought me in to run the developer marketing function.

Initially, we were a little naive. We thought we were gonna put together a GTM launch strategy, create data sheets for the different APIs, etc. Well, that approach might work with traditional marketing, but the fact is, devs really aren’t a traditional audience.

Devs aren’t going to look at a data sheet, instead, they're going to be looking at your API documentation.

Truthfully, I wish they did, but the reality is, you’re going to be dealing with two distinct audiences: the developer user, and the non-technical buyers. It’s the non-technical decision-makers who typically write the check.

You’re gonna have to tackle these with a two-pronged approach where you’ve got your non-technical buyers at the top of the funnel and your developers at the bottom of the funnel.

Here’s the thing, people hear ‘the bottom of the funnel’ and they think that means something they should ignore. The truth is, it’s the devs that are going to be champions for your product. You have to get them involved.

If you're selling a subscription service or a SaaS service, your real revenue isn't from the initial acquisition, it’s from the renewal, which springs up from your product's continued success with the company.

And it goes without saying: continued success is determined by how well devs get along with your product.

Tackling both audiences at once

At RingCentral, we're trying to build a developer marketing org that focuses on both those audiences with a really balanced but focused approach.

For non-developer audiences, like any marketer, you’re going to be focused on how your use case is going to make life easier for the organization as a whole.

You need to be mindful that the ones writing the checks are going to be concerned with their bottom line. But this isn’t really anything new for marketers

What is different is the bottom of the funnel: the developer users. Our job is to create champions. But how do we do that? Well, let’s zoom in on some of the proactive steps we’ve taken at RingCentral.

This is a really great way to get up close with developers and start making connections. Developers are doers, and if they can get their hands on your product and trial it, you’ve got a much higher chance of conversion.

And as we all know by now, developers hate marketing speak. Events allow you to cut through the talk with action. We’re committed to making our presence known at events.

Our aim is to help them become subject matter experts in their field, become influencers, and form an integral part of a thriving community of developers.

Developers are very community-focused, so creating a platform where devs can sing from the rooftops about your product to other devs is going to have more reach.

If there’s one thing for certain, having a DevRel team can be very valuable for developer marketing, but they aren’t really the same thing. In fact, everyone kind of has different definitions of what they are.

This is more the developer relations side. These are elements designed to get developers comfortable with using our products.  Even with a tech-savvy audience, you can’t just let them go on their own if you hope to retain them.

On the marketing side, we’re more interested in evangelism, in building a vibrant community where we can drive thought leadership education in partnership with the PM team.

This is the community-building work that we mentioned. The crucial thing is, marketers are never going to sound like a developer, so it’s essential that you capture the voice of the devs through community building and support.

These two approaches work together in tandem. You’re aiming for both ends of the funnel. Balanced but focused. Each team is aware of their own specific goals, but everyone has a mutual understanding of the broader goals of the organization; the KPIs, the GTM strategy, etc.

Putting yourself in the shoes of the developer

We made some mistakes with our initial approach to messaging and positioning. We were giving developers what they thought we wanted to hear, not what developers were actually looking for.

When you came to our developer site, you got these ambiguous communication messages. “Improve your workflows.” Great. Everyone wants to improve their workflow, but you're not telling me how I can improve my workflow.

Devs like their messaging short and sweet, but they also like it to be precise and specific. We changed the messaging to, “Revolutionize communications: APIs for voice SMS messaging, meetings and fax.”

Developers are problem solvers. They’re using your product to do a job. And their jobs are difficult, so you have to be super specific and concrete in your messaging. When thinking about developer marketing, I like to think of it as a hierarchy of needs.

At the bottom, you have those basic developer needs. This is focused on basic functionality. Can a developer pick up your API and use it? Your API has to work and you have to have documentation for it. he documentation has to be good if I can't figure it out.

This is focused on our community initiatives. At RingCentral, we had over 300 followers on our Twitter handle. But most of them were not developers. So we had to take a look at that and question what went wrong.

We started to invest more in communicating with our developers. The aspects of this are: having a filter newsletter. Is it going to the right audience? Secondly, it’s important to look at developer activity on Twitter, to showcase what they're doing and deliver more targeted tweets to that audience.

We ended up losing most of those 300 followers but gaining 3000 focused followers. And we’re just getting started.

Finally, we want to create a space for learning and growth. Our community is a place where we’ll create an environment where we nurture your understanding and growth with us, while also giving you the opportunity to be a mentor or champion for us.

Developers like to be active collaborators. If you think of this as a hierarchy of needs, this is the most like the self-actualization at the top of the hierarchy.

Secondly, be honest. Remember how we said that devs don’t like marketing speak? It’s because it appears to be dishonest. I’ll use an anecdote to illustrate this point. I once told a prospect who was using Mailchimp to not switch to my company at the time, Close Contact. People were furious with me, but do you know what happened? He signed up with us.

Why? Because he respected our integrity. Create a community that developers can be proud to be a part of.

Enjoyed this article? Get fresh content in your inbox every month when you sign up to our newsletter! 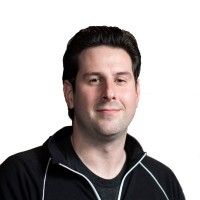 Developer Marketing Alliance
—
Marketing to developers - back to the drawing board