Innovation = Developers! Hands up if you agree.

Many industries have been vaporized over the last two decades, according to Robert Tercek, as software has enabled the creation of new products, and new business models. And it’s only getting started.

Industry 4.0 will see billions of users, apps, and sensors combine for an infinite number of connections — in the cloud and on the edge. There will be advancements in artificial intelligence (AI) and machine learning (ML), robotics, 5G and other communications technologies, blockchain is hastening the arrival of Web3, and of course the buzzword du jour — the metaverse — utilizing augmented reality and virtual reality technologies.

We can’t leave out the explosive rise of APIs during this time — enabling software to connect and communicate, increasing the capability of software and reducing development costs, and spawning a completely new category of company.

The link to developers with this innovation is simple

Code is the foundational building block. And who writes code? — that would be software developers. However, to create, developers need a wide variety of tools such as APIs, SDKs, and platforms. These developer products have exploded in concert.

But that’s only part of the equation, which is more complete if rewritten as:

Developers are both creators and decision-makers. This recognition has created an entirely new category and market opportunity for purveyors of tools and services targeted at software developers.

We identified six key trends that have contributed to the Rise of the Developer over the past 20 years, which combined have led to a 55% increase in the global population of software developers over the past 4 years, reaching 24.3 million developers.

Our equation needs one more tweak:

Using developers as a route to market must demonstrate value if it is believed, and the good news — it does. Tyler Jewell’s groundbreaking work now values the Developer-Led economy at $49B USD, tracking over 1,000 companies whose products were sold to or influenced by developers.

Our own work tracks over 700 companies that offer some type of product or service to developers. And Glenn Solomon of GGV Capital predicts that developer-focused software companies will fuel a new $1 trillion enterprise technology market.

This is where Developer Relations comes in

Those developer tools and developers need strong Developer Programs to promote them and encourage their adoption by ensuring devs have the resources and inspiration they need to build in the most creative, yet efficient and frictionless, way possible.

Developer Relations is now out of its difficult teenage years — it’s been around as long as the worldwide web. Look how leading companies who have embraced developers as a route to market have flourished — Salesforce, Shopify, Microsoft, Amazon, Qualcomm. 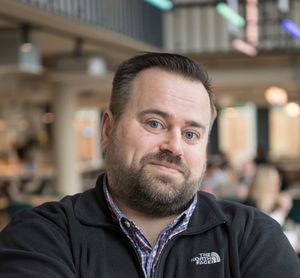