Liam Boogar-Azoulay first published this article in 2107 when he was Brand Director at Algolia.

Even putting the two words next to each other looks out of place — “Developer” “Marketing” — I almost want to put a period between the two words to create a literary Chinese wall.

When I joined Algolia’s marketing team last August, I felt at home pretty immediately. In addition to having followed the company from day one and been a fairly outspoken fan, I also found myself for the first time in a long time in a familiar, engineer-dominated environment.

Algolia feels a lot like the group of friends I grew up with: our high school band became a LAN party after midnight. There are Googlers & physics teachers, mobile developers & product managers among the bunch.

I parted ways with computer science three classes into my CS minor in college, favoring mathematics & guitar over building compilers for calculators in UCSD’s underground computer labs for four years.

Nearly one year into the Algolia adventure, I regularly explain to candidates that developer marketing is the highest calling for the modern marketer because there remain hurdles to be solved, seemingly insurmountable challenges, and the opportunity is enormous — the era of the engineer has well begun, so knowing how to talk to them at scale is one of the largest opportunities to be seized.

Developer tools (B2D) companies are popping up as fast as the consumer & business products they enable, but the questions that need to be answered become increasingly difficult to answer, the hurdles taller and taller.

Paid advertising: how do you advertise to someone that hates advertising?

While not every developer is allergic to advertising, it’s certainly an audience that is solicited often enough that they are numb to the usual methods. B2B marketing to buyers in marketing/sales/HR all have an established norm of selling the dream:

“That one thing you wished your current suite of tools could do is exactly what we do!” — every ad ever.

Try telling a senior front-end developer that your UX tools are 100% customizable and completely intuitive with no learning curve, or tell a mobile developer that your Offline SDK is super powerful but won’t make their app super heavy to download — now do that all in a sponsored tweet, banner ad on StackOverflow or sponsored post on /r/webdev

“We cost less AND give you more!”

Field marketing: how do you scan the badge of an attendee who got 3 recruitment offers in the time it took you to shake their hand?

One of the core reasons developers are so anti-sollicitation is that they are solicited constantly. They know what marketers know, that developers are the best champions of a product inside their company. No CTO in their right mind will force a team of developers to use a tool or framework that they hate.

Interestingly enough, developers are much more open to trying new products than your typical marketer or salesman; however, convincing them that your product is better than what they’re already using is extremely tough.

When Algolia goes to developer events, we know that asking to scan badges is going to be a pain point, and that following up with developers after an event is nearly pointless if they don’t genuinely have an interest in using your product right now.

Every hurdle represents an opportunity, and one of my favorite parts about working for a B2D brand is that authenticity is worth its weight in gold. Algolia’s company values lend themselves very well to authenticity, and has helped us guide which programs & initiatives we spin up in the marketing team.

Here are a handful of experiments/methods we’ve been using to build authentic relationships:

Earlier this year we decided to take a different approach to how we attend developer events to make a different kind of first impression. We still give out stickers, tell people about what makes Algolia great, and give out business cards; however, we had a huge increase in engagement at Twilio Signal this past May because we made one decision: the money that we normally spend on event-specific swag was donated to charity.

For every badge that we scanned at Twilio Signal — 200+ badgets from 171 different companies — we donated our swag budget ($10/attendee) to Women Who Code and gave out accompanying “Yes We Code” stickers.

We didn’t advertise heavily our initiative, as we didn’t want it to feel like a forced promotion, but in the end, word of mouth at the conference spread and we had developers coming up to our stand asking “are you the ones donating to Women Who Code?”

Every audience can be tricky to get. One thing that makes developers unique is their desire to learn, improve, iterate. It’s part of the job, it’s part of professional development, and, for developer marketing, it’s a great tool.

For years Algolia has been publishing blog posts on everything from How we test for Failure and how we keep our Offline mobile SDKs so lightweight.

Some of these blog posts are the result of frequent questions we get from our users or community, and some of them are just the result of a large hurdle that we had to overcome that we’d rather prevent other developers from experiencing.

This past quarter one of our solutions engineers, Raphael Terrier, a long-time friend from my previous days organizing hardware conferences, joined our team to focus 100% on producing educational content, such as this Getting Started with instantsearch-react video. He’s also working on releasing a full-blown School of Search.

We organize two recurring events — TechLunch & Search Party — the former brings together the tech community over various topics like security or chatbots for a monthly lunch in our office with guest speakers.

As we scale up initiatives for developers around first impressions, we will continue to look through the lenses of education and knowledge sharing, with the ultimate goal being to take everything we learn, everyone we meet, and putting it all in front of our community.

Honesty as an asset

One of the hardest things to do is speak honestly about competitors. We have two major categories of competitors — turnkey solutions that are less tools for developers and more tools for companies that don’t want to commit developer resources to search. The other is open-source, the dominant method of building search today.

When the popular turnkey solution Google Site Search announced it was shuttering, Algolia published a blog post not about why Algolia would be the best thing to switch to, because we’re only the best solution for companies that have developer resources, and didn’t want other GSS users to experience frustration with our tool not being what they expected. When questions were raised by the community about Algolia’s utility to GSS users, we tried to respond honestly about developers would be necessary to be successful with Algolia, and to paint an accurate picture of the search landscape.

One of the places Algolia has been most successful in creating lasting positive impressions has been through a handful of Algolia implementations that we did on websites popular with developers: ProductHunt, FontAwesome, HackerNews, and, more recently, CSS Tricks.

In addition, after scratching our own itch and building documentation search for our own website, our own DocSearch tool is now live on 300+ API documentation sites, allowing us to enable millions of developers each month to find answers to their problems.

One of the most common ways that developers say they first heard of us is through these experiences. It’s a great way for us to demonstrate Algolia’s value, and, because we spend a good amount of time making sure these implementations represent the best of what we think Algolia can do for those services, they put our best foot forward (at least as much as our users will let us).

I often say that Marketing’s job at Algolia is to scale up not-burning-developers. In short, we’ve come this far without burning developers, so all we need to do is not burn them as we scale. Avoiding Allergies and remaining Authentic will be key to our success, but being aware of every Allergy and authentically speaking to tens and hundreds of thousands of users in the coming years will require scrutiny at every stage.

The reward is clear: developers are building the future, and, for developer tools, being in their good graces means being built into the feature. Getting to that future is one of the most interesting challenges & opportunities for any marketer.

Psst.. Want to network with other developer marketers? Join our slack   community! 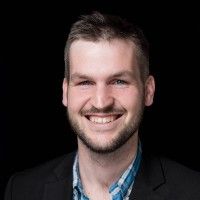