Marketing to devs might seem tough, but I’ll let you in on a secret… it comes easier to me than marketing to traditional B2B audiences!

My name is JD Prater, and I’ve spent the last couple of years marketing products to developers. In this article, I’m going to share some of my insights and successes with you.

Here’s a breakdown of the agenda :

But first, a little bit of background on me and my experience in this field

My background in developer marketing

During my time at Amazon Web Services (AWS), we were really laser-focused on devs. I was on the Activate team, and we were all about helping startups get started on AWS.

You know how it goes, a lot of those startups have a CTO founder, and they're really looking to build out their tech stack. The tech stack is typically built by… you guessed it.. devs! Naturally, they were the core persona we were targeting from day one. And we were competing for their attention against a lot of top heavyweights, like Google and Microsoft.

It was my first time marketing to devs and I sure had my work cut out for me! I’d never even targeted a technical audience before. And AWS had over 200 products to offer.

I had to do my homework, so I really started focusing on the tech stack. It was hard work… but also a lot of fun. Want proof of that? Well, fast forward to the present day where I’m still targeting developer personas at Osmose.

Devs are really the end user that’s implementing our software. We think of them as the champions of the ‘buying committee.’ Over the last couple of years, working at both AWS and now Osmose, the essential questions I’ve been asking myself are: “How do you reach devs?” “How do you talk to devs?” "How do we position our products?"

That’s what we’re really going to dive into in this article.

The secret in marketing to developers

Remember how I said that devs are easier to market to? Well, now I’m gonna share the secret with you. But first, let’s go into why so many marketers get it wrong. The fact is, marketers get distracted by shiny things. They’re really drawn to the emotional side of marketing. It stands to reason, they’re trying to convince and persuade you.

But devs just want you to give it to them straight. So, it’s really just about stripping language down to its basics as in: 👇

To me, marketing towards traditional B2B audiences is way more difficult. You’ve got to make something that’s maybe really uncool seem cool, which can mean a lot of overhyping.

With devs, the approach is: “Here it is. Here are the benefits. Do you want it?” Boom. 🎤

Cutting out the middleman

With traditional B2B marketing, there are usually a lot of gatekeepers. You have to appeal to a lot of folks who aren’t necessarily going to be using or implementing your product. The great thing about developer marketing? You often get to skip the gatekeepers.

In many cases, you’re actually going to be communicating with the end-users. You get to cut out the middleman!

Listen to the devs themselves

When you get up close and personal with the devs themselves, you realize they don’t want your tutorials (in the beginning). The fact is, they’re tinkerers. They like to tinker around and experiment with the product themselves before they invest in it.

This was really a key moment for me, realizing how independent devs are. Your job is to essentially let them in, and they can onboard themselves! Again, doesn’t that sound easier than marketing to traditional audiences?

Want to hear another great thing about developer marketing? You don’t have to work hard to decode what they’re saying. They’re gonna tell you straight when it comes to giving feedback.

Although it might be hard to get them to give feedback initially, once you have, it’s gonna be pretty obvious whether your product is the right solution for them or not.

It can be a chore to gather feedback from B2B audiences, but the good news is, devs love to give feedback. They like to be active collaborators in the customization of your product to their use case. I’m not gonna sugarcoat it: sometimes the feedback is so honest, it hurts.

The feedback is usually focused more on functionality: this is another nice thing about working with devs. They’re pretty forgiving on the UI side. They don’t really care much about pretty presentations. The downside to that is, if something doesn't work, they’re out.

If they encounter a bunch of bugs in your products, they’re not gonna sit there for hours trying to work around them, they’re going to go elsewhere.

This has earned developers a kind of unfair reputation for being lazy. But the truth is, they’re just very busy problem-solvers who naturally look for the easiest, most efficient route to solving a problem. It’s our job to understand and work with that.

A big breakthrough for us came when we realized we needed to differentiate between user and buyer persona. Now, as I already mentioned, you will be communicating with your end-user directly, the CTO or a VP of engineering, for example.

Higher-ups want to keep their devs happy, they want to know that the product is simple and is going to be dev-friendly. You have to keep the technical audience. And that’s definitely a challenge.

Reach out to devs, but know how to talk to them

So, we know that devs are on well-known platforms such as Reddit and Slack. Does this mean we should just jump straight in and start chatting with them? Be careful. Take the time to understand the community, how they talk and how they relate to each other. Do your undercover research before you start chatting.

The same goes if you’re planning to run an ad. Take the time to understand the kind of advertising that’s likely to appeal to dev. I said that devs are resistant to marketing-speak, that doesn’t mean an ad won’t influence them. It just has to appeal to their sensibilities.

Want to hear a hot tip that I’ve learned? Devs love funny. They love a good pun, and a good meme even more. This is 100% something you could integrate into your advertising.

Outside of this, we’ve also found Stack Overflow very useful for gaining insight into coding. In this way, socials have become a major resource for learning the dev language. I’m not saying you have to be fluent, but it certainly helps to familiarize yourself with the processes devs use to find information before reaching out to them.

As with any marketing, one of the most important things to take into account is you need to highlight your personas before you establish your messaging. A lot of folks try to do this the other way around, but it just doesn’t work. Your messaging is an output, your personas and target demographics are an input.

So, is it enough to say that we’re targeting devs? Not quite. There are many different types of devs and subgroups within that category.

Now, let’s pretend instead that we’re targeting devs who work on security and are monitoring ‘X.’ Now, that’s more like it. Your approach needs to be very targeted.

Beyond that, you can look at various demographics within the community. Now, many of them are going to be 25 to 50 year old males, admittedly. But the good news is we’re starting to see more diversity in the dev world with the younger generation coming in.

That’s great news because it means we can start to diversify our messaging. Why not get in early and start looking at how we can appeal to this younger more diverse audience? 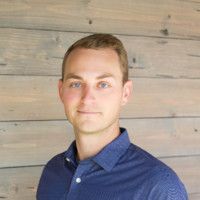 Head of Marketing at Osmos